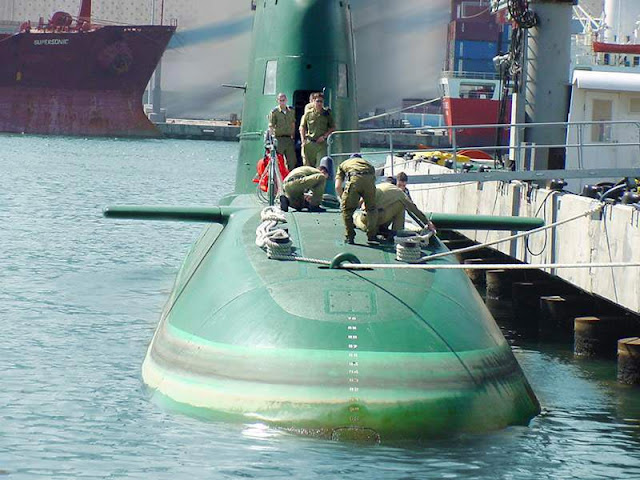 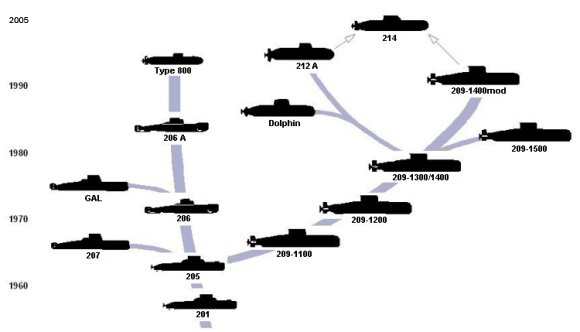 After two decades of buying renovated submarines from Kockums Singapore will  buy two new-build submarines designated HDW 218SG. Significantly the 218SGs are from Thyssenkrupp Marine System (TKMS) German submarine division HDW rather than from Kockumss which TKMS also owns. The 218SGs will be built at HDW's shipyard in the northern German port of Kiel.

Singapore's Defence Ministry (Mindef) signed the purchase deal with TKMS on November 29, 2013 to buy two the 218SGs.  The contract was likely to be worth more than 1 billion euros (US$1.36 billion).

In hindsight this website's November 13, 2013 article http://gentleseas.blogspot.com.au/2013/11/germans-sinking-kockums-swedish-sub.html was an indicator that HDW winning the Singapore order was suspected by the Swedish and German media. Singapore's 218SG decision is clearly a blow to Kockums and to Sweden's Navy (which would rely on foreign sales of Kockums subs to lower unit costs of Kockums subs). Unless the Swedish Government or a Swedish firm buys back Kockums Sweden might be forced to buy its future submarines from HDW or at least TKMS owned Kockums. Also link with Saab Being Subsidized to Buy Back Kockums? of March 4, 2014  http://gentleseas.blogspot.com.au/2014/03/saab-being-subsidized-to-buy-back.html .

For Singapore there is some continuity buying customised submarines - from customised Kockums Archer and Challenger Class to customised HDW 218SG class.


The 218SG contract includes a logistics package and the training of Singaporean crew in Germany. The 218SGs will have significantly improved capabilities including new build fuel cell Air Independent Propulsion (AIP) which significantly increases a  submarine’s  underwater range and hence reduces the risk of detection.

TKMS indicated Singapore Technologies Electronics, a unit of defence conglomerate Singapore Technologies Engineering Ltd , would co-develop the submarines' tailor-made combat system with Atlas Elektronik GmbH, a joint venture of ThyssenKrupp and European aerospace group EADS. Atlas already builds combat systems for other HDW subs including the Israeli Dolphin Class.
Singapore's projected defence budget for 2013 is Sg$12.34 billion (US$9.84 billion) up from 2012's Sg$11.83 billion in 2012. Under Singaporean law all able-bodied men must serve for two years in the military upon turning 18, providing additional manpower on top of the estimated 20,000 regulars. Singapore, surrounded by far larger neighbours has pursued a robust  defence strategy since its complicated split from Malaysia in 1965. In part due to this large neighbour situation Singapore has cemented close relations with the US, Australian and Israeli military for decades.

For some Comments made in September 2009 which envisaged market distortion between HDW and Kockums see this website's earlier article on Singapore's Archer and Challenger Class submarines at http://gentleseas.blogspot.com.au/2009/09/singapore-submarine-development.html .
--------------------------------


Many of the above details are from several media reports of December 2, 2013 and a TKMS Press Release of the same date:
http://www.straitstimes.com/breaking-news/singapore/story/mindef-buys-2-new-submarines-which-will-be-delivered-2020-20131202

The battle between HDW and Kockums have turned into a full submarine thriller, worthy a Tom Clancy book.
It seeems like the Swedish Submarines are winning the battle on performance and reliability, while HDW still can torpedo and sink Kockums with financial and political weapons.
Basically HDW and ThyssenKrupp has succeded to undermine and delay the construction of the A26 for about 2 years. On the other ThyssenKrupp would have been regarded as traitors by the employees i Kiel if they would have allowed Kockums to act independently and market A26 for export at the same time HDW 214-boats are suffering from problems and breakdowns.
It seems in many way´s that here is no way out for Kockums as HDW/ThyssenKrupp never will let them out of their finacial grip. If the Swedish navy don´t release the Kockums patents for use by HDW, they will most likely Close down the business as an independent Kockums would never be accpetable by HDW. BUT, if Sweden releases the patents it´s most likely they will end up in German built Sub´s to guarantee job´s in Germany.

Not sure why this earlier announcement was missed
"The sale of the Swedish shipyard ThyssenKrupp Marine Systems AB (formerly Kockums) with facilities in Malmö, Karlskrona and Muskö to Saab is complete [22/7/14]

The SAAB vs TKMS battles over Kockums was well covered by Sub Matters in many 2014 articles long before you arrived. eg. see this http://gentleseas.blogspot.com.au/2014/03/saab-being-subsidized-to-buy-back.html