Japan relies on continuously building one submarine per year to keep the managers, designers and building workforce continuously employed. This also provides a construction tempo that is now aimed at having 22 submarines at any one time in the Japanese Navy. Design development is also continuous.

About 9 out of 10 years an operational submarine is produced, but about once every 10 years a test submarine (like 21SS) or extensive testing development program, occurs.

As can be seen in the SORYU TABLE below 21SS was a test submarine or test program equivalent.

The LIBs development program continues to this day in the shape of 27SS (Japan’s first soon-to-be operational LIBs submarine) launched in 2018 and due to be commissioned this year (see Table below). Also see the Japanese Ministry of Defense (MoD) Acquisition, Technology & Logistics Agency (ATLA) LIBs development activity by scrolling half way down here.

29SS may likely be the first submarine of a new class following the Soryus. Both Anonymous and wispywood2344 advise 27SS and 28SS are still Soryus. [1]

Anonymous believes optimization of hull form research was conducted to reduce noise caused by bubbles, hydrodynamic flow, vibration and by the propulsor – see [2] and [3].

A formal report by the MoD indicates 29SS is being used as a test submarine for various research technologies. 29SS has the same shape and dimensions as the Soryus. Further design modifications will take place in operationally deployed 30SS and 31SS (etc) as is usual in Japan’s yearly continuous build of submarines practice.

[Pete comment: There may be increased blending of the sail. There is some blending of the Soryu sail’s leading edge. Further blending may be not as extreme as depicted in Alfa and Type 212A submarines at Submarine Matters here. There will be ongoing research for quieter diesel engines, improved LIBs and “Improved Snorkel”].

[1] wispywood2344 advises Quarterly PR magazine published by the Kinki-Chubu defense bureau vol.62 (2020 winter). page3. states that "Toryu is the 12th vessel of Soryu class submarine." It was published at in January 2020, ie after the May 1st, 2019 Enthronement of Japan's current Emperor Naruhito.

Note: Pricing issues will be discussed next week using Anonymous’ comment of February 24, 2020 .This is on the issue of Australia possibly choosing a LIBs Soryu if the current Naval Group Attack class submarine program collapses. 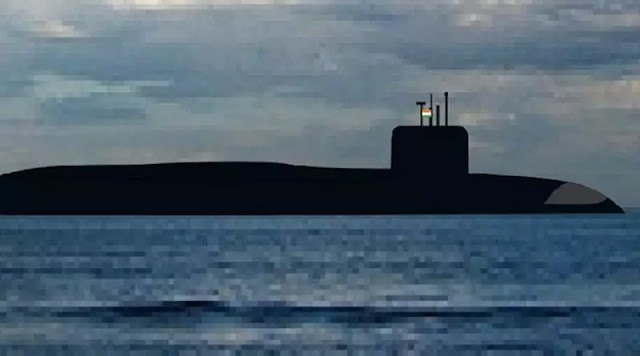 Inaccurate "The INS Arihant is equipped with K-4 missiles with a range of 3500 km" and "Pakistan however has already built the Baber-3 or Hatf V-II (submarine launched cruise missile) with MIRV capability".

Accurate? "...the [K-4] missile range is still sub-optimal because it would require the submarine to operate on the north eastern fringes of the Bay of Bengal. Hence, requiring these submarines to travel round the Burmese and Bangladeshi littoral waters in order to target China’s vital economic and political hubs."

and "...Arihant was about to sink because its propulsion compartment was flooded because a hatch was left open by mistake. According to The Economic Times there exists an upsetting partition between the military authority and nation’s political leadership. Such an error, actual or speculative, is evidence enough that there are certain serious shortcomings within the Indian Nuclear Command Authority ..."

On February 13, 2020 I reported that the UK Royal Navy's four former Upholder class submarines gathered long term rust/corrossion problems due to being "mothballed" while sitting in seawater for several years in the 1990s.

Canada inherited the rust/corrosion problems when they bought the submarines in a "deteriorated" condition and renamed them the Victoria class.


But, I was unaware of a whole host of additional problems (some fixed, some not) until Locum provided a long comment (below) on February 14, 2020:


"In December 1986, HMS Upholder [now HMCS Chicoutimi] was the first to be launched. The last one, HMS Unicorn, entered the water in April 1992. This entire class officially entered service between June 1990 and June '93. Because on the internet there are quite a few different data to be found.

In the [UK] Defense Review of 1992 it was proposed to lay off all Royal Navy diesel-electric submarines. This decision was ratified in June 1993.

At that time only HMS Upholder was operational, but the remaining 3 boats were allowed to be completed.

These 4 boats were mothballed in April - October 1994. In 1998 Canada decided to buy these 'second-hand', because new boats were deemed too expensive. In October 2000, the first boat was accepted and sailed by Canadians in the UK. To then undergo a 6-month Canadian Work Period modification program. However, back then there was already criticism of the state in which the Upholders came out of the mothballs.

From the start this class has been plagued by major rust and corrosion problems. Yes and ...

The Upholders were in many respects a leap forward compared to the old Oberon class: they had good sailing characteristics under water, were very quiet and had good fire control and sonar, but there were also a lot of things wrong.

Former commander of both British conventional and nuclear submarines, Dan Conley, was involved as a naval officer in the trial run and transfer of the yard to the British navy. Conley writes in his book "Cold War Command" about the "serious technical shortcomings" that he and his colleagues from Commodore Naval Ship Acceptance (CNSA) found: 1. the Upholders had problems with the automation on board;
2. During the test run, HMS Upholder was confronted with a power outage and loss of propulsion due
to a design error. This was restored after months.
3. The boats were found to have a range of 4,000 nautical miles, instead of 8,000 nm!
4. The most serious safety problem was the complex torpedo launch system. The outer torpedo
hatches could unexpectedly open while the inner door of the torpedo tube was open too. As a
result, a huge amount of water would come in in a short time.
5. The snorkel mast distorted because of the exhaust heat during snorting. The effect was noticed in
practice: tons of seawater came through the snorkel in the engine room.
6. Diesel exhaust gasses constantly crossed the bridge. This was not only bad for the health of the
people on the bridge, the view was also limited.
7. A lot of equipment was difficult to access for repair and replacement.
8. Limited space for the crew. According to Conley, it was a generation back.
9. The 2 Paxman Valenta diesels, originally intended for trains, did not meet the heavy requirements
on a submarine. Damn, in our LCF De Zeven Provincien AAW lass frigates there were / are also
Paxman diesel generator sets, which are actually intended for trains and also did not satisfy,
because of prematurely wear and teat and are / were replaced by Deutz 'diesel carts'. There are problems with a new class more often, but although some were solved, other problems proved persistent. Conley described the design of the Upholder as a whole as "very disappointing".
Stephen Saunders of Jane's Fighting Ships, even said that there is something "fundamentally wrong" with these submarines.
The shortcomings were remedied as much as possible and a committee of inquiry also had confidence in the quality of the boats. Locum."

1.  Neither the UK nor Canada can fix the glaring range deficiency problem, ie. "3. The boats were found to have a range of 4,000 nautical miles".

4,000nm may be barely sufficient for transits to/from the Victoria's bases both in southern Canada  (at Esquimalt (Pacific) and Halifax (Atlantic))

This range shortfall must be diabolical for the peace of mind of any Victoria Commanders considering putting their boats under the ice, even for 24 hours.

2.  I'd also add the Victoria's are not equipped with anti-ship missiles, like UGM-84 Harpoons - quite a deficiency compared to other navies owning modern conventional submarines.

Victoria class - inside and out.