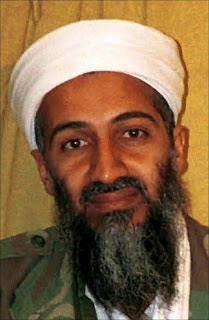 President Obama's account weakening on the circumstances of bin Laden's death. To what degree is there a liaison between ISI and US agencies in the real world?
---

A famous American journalist/writer, Seymour Hersh, on May 11, 2015, provided a convincing alternative narrative of the May 2011 Abbottabad operation that killed Usama bin Laden. This should make more respectable what Indians and I have been saying years before Hersh.

- in shorter form includes http://www.news.com.au/world/north-america/pulitzer-prize-winning-journalist-seymour-hersh-claims-bin-laden-was-an-invalid-when-he-died/story-fnh81jut-1227350564489 and

Why do we trust President Obama's narrative that the US had no idea where Usama bin Laden (UBL) was from the time UBL fled Tora Bora in late 2001 to the time the US "discovered" his whereabouts in late 2010? Specifically was "UBL" (the acronym used by American intelligence) able to hide undetected at the Abbottabad compound from 2005 to 2010? My contention is that from 2005 UBL was not merely hiding at Abbottabad but in most respects a prisoner, behind the high walls of the compound. It is likely that UBL's imprisonment at Abbottabad from 2005 was known to small national security groups on a need-to-know basis in Pakistan, the US and (probably) UK from 2005. This article presents several arguments supporting this contention.

It was the job of Pakistani intelligence to know where such an infamous figure as UBL was when he lived in Pakistan. Given close contact between some Pakistani intelligence officers and UBL since the 1980s it is highly likely that Pakistan would continue to keep track of him - especially after 9/11. From 2005 the construction, purpose and maintenance of UBL's unusually large compound within the Abbottabad military suburb-base could not have occurred without the knowledge of Pakistani intelligence - which is staffed by military officers.

So why did UBL's imprisonment occur from late 2005? The late 2005 construction and occupation of the compound is in line with accounts given by UBL's wives, his Abbottabad neighbours and US "before and after" satellite imagery. 2005 marked a mixed al Qaeda-homegrown terrorist bombing of the London transport system on July 7, 2005 (later dubbed "7/7"). British intelligence would have stated loud and clear to the US and Pakistan that Britain was unhappy that UBL was still at large and still effective. 7/7 may have been a (or the) major reason for UBL being finally imprisoned in late 2005.

President Bush's pressing need in 2002 to find UBL, but lack of such a need by 2006, also points to UBL's location being known in 2005. It is significant that in 2002 Bush wanted UBL "dead or alive" but by 2006 Bush was saying capturing UBL is "not a top priority use of American resources." In line with this The Washington Post reported that the CIA paramilitary unit dedicated to capturing UBL was shut down by the Bush Administration in late 2005. The decision to shut down this "Find UBL Unit" was made because, by late 2005, the US knew where UBL was - safely imprisoned in Abbottabad.

But why imprison UBL rather than kill him? An imprisoned UBL made him an increasingly ineffectual leader – thus weakening al Qaeda. UBL also acted as a "stalking horse" permitting the monitoring by US and Pakistani intelligence of those in the al Qaeda leadership structure who remained in contact with him (2005 - 2011). The passage of information gleaned from al Qaeda helped American intelligence to head off all major al Qaeda attacks on Western countries from late 2005.

By late 2010 those in al Qaeda's leadership who were aware of UBL's imprisonment, would have become increasingly suspicious and demoralised the longer he remained immobile in Abbottabad. They would have communicated with him less and relied on him less. Through this process UBL's intelligence value to US and Pakistani intelligence declined as did the need to keep him alive. At the same time President Obama, wished to exploit the political value of "finding" and having UBL executed on Obama's watch. Hence UBL was executed in March 2011.

This article is not meant to be a criticism of the US or Pakistan. In fact if this account is accurate UBL's imprisonment constituted a successful intelligence operation - disrupting al Qaeda for five and a half years (2005 – 2011). Success has also been achieved in muzzling the mainstream media. Major intelligence operations that are successful can be kept secret for decades. Just look at the highly successful World War Two Anglo-American, Ultra SIGINT Operation which was kept officially secret for 29 years. All credit to the Pakistani leaders, Pakistani intelligence, President Obama, US intelligence and even President Bush, for making the six year Abbottabad Operation happen.