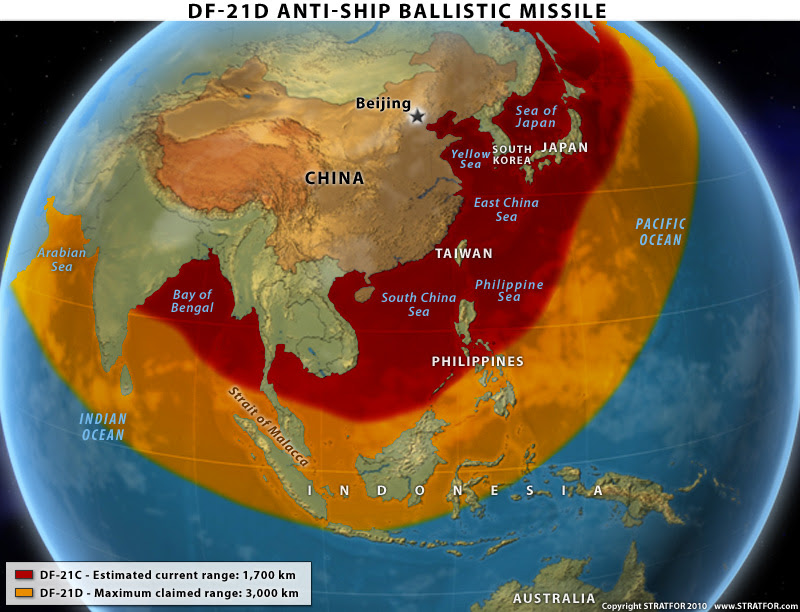 The area in yellow is the maximum claimed range of 3,000 km for the DF-21D anti-ship (and ASW?) "carrier killer" ballistic missile. A shorter claimed range of 1,450 km may be for a heavy warheads - see my final comments below. The outer perimeter of the yellow zone may be from launch points from coastal China, particularly Hainan Island. The physics of the DF-21D may mean it can't hit a target that is less than 100 km from launch point - see http://www.wantchinatimes.com/news-subclass-cnt.aspx?id=20131213000003&cid=1101 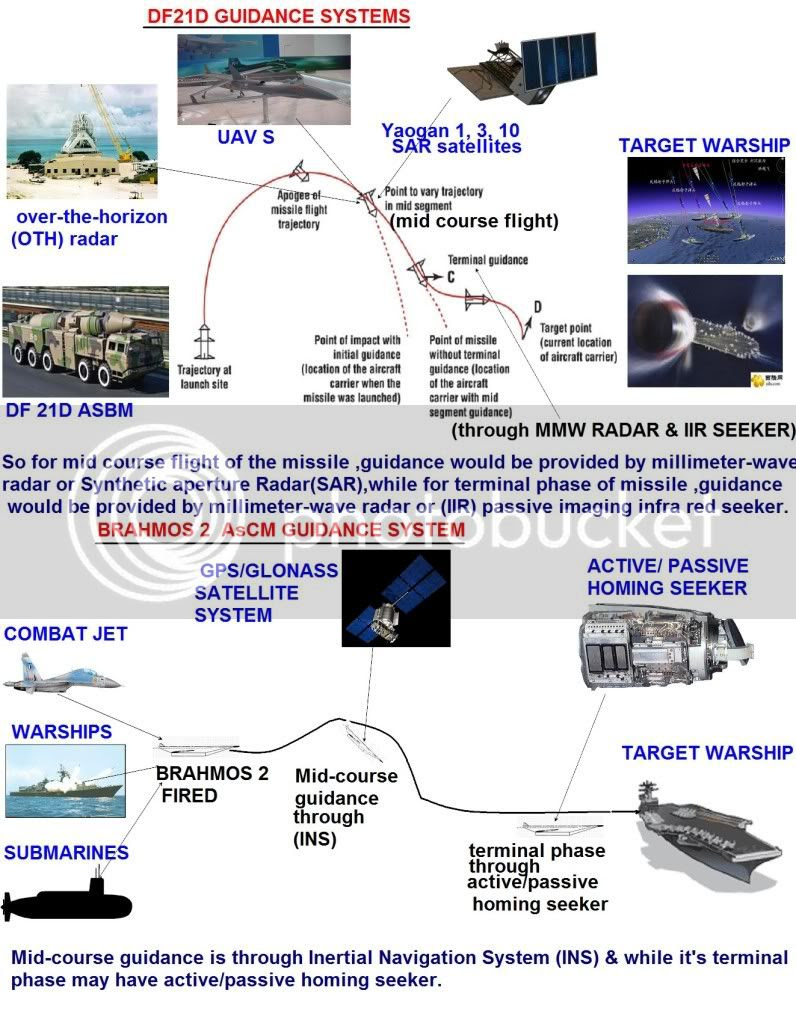 ﻿
This diagram of the DF-21D Guidance System includes remote radar on land, aircraft, drones, sea and satellite and sensors on the warhead itself. I maintain that the same sensor platforms and undersea sensors placed by China would also provide nuclear and conventional warhead DF-21Ds with an anti-submarine capability.
----------------﻿