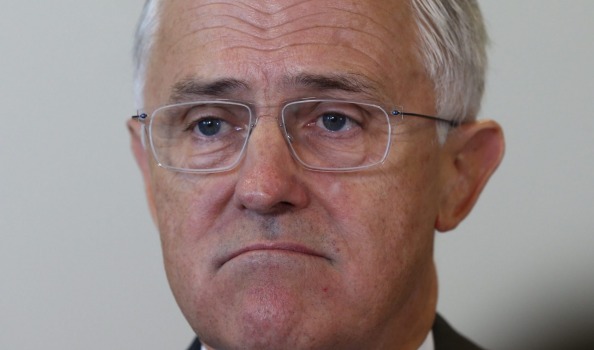 The political problems of the of the Turnbull Government may result in an early Election with the likelihood of haste and some confusion in the submarine decision.

In the political environment of the Australian Election Campaign Prime Minister Turnbull is attempting to gain political capital by flagging the likelihood of an early Future Submarine decision. This decision may be on:

-  which of the three contenders has won, and

-  may indicate how many submarines (if any) are built overseas and how many in Australia. The proportion of work in Australia and $Billions to be spent is the most politically high profile issue.

Turnbull may not specify which Australian States will get most of the submarine work, rather he is more likely to say all will do work.

It is Industry Minister, Christopher Pyne who, coming from South Australia, who will say (or imply) that most submarine work will be in the key State of South Australia. It is in South Australia that  Turnbull's Coalition Government may lose many House and Senate seats to Labor, the Greens and to the submarine fixated Xenophon Team.

There are many influential variables. But I am guessing Turnbull might announce submarine decisions on Friday, 15 April 2016 (this of course is assuming Japan wins) because:

-  that day is the beginning of a visit by Soryu submarine JS Hakuryu, to Sydney on 15 April.

-  there is also no distraction of Parliament sitting on 15 April.

-  Friday is a traditional day to make major announcements, as detail can be supplied to the weekend newspapers published the next day.

-  the "achievement" of making the submarine decision that "helps workers" would occur as a "good news story" just before Federal Parliament sits, on Monday 18 April, to effectively decide if the 2 July (double dissolution) Election should be held

-  if Japan doesn't win things are more complicated. Then Turnbull needs to be courteous to prevent loss of face (to him and Japan), making the announcement at least a week before 15 April - hence on 8 April or after the Japanese submarine leaves Sydney 26 April) hence 29 April or later.

As the submarines is a major policy decision Turnbull would tend to follow the conventional of not making the decision during the caretaker period after Parliament is dissolved just prior to the Election (about 5 weeks before any Election) with possible election dates 2 July onwards through to as late as October 2016.

It must be realised that Turnbull has been making policy decisions in an erratic way - as he goes along. So the above predictions are only Guesstimates.

Prime Minister Malcolm Turnbull says a decision on Australia's biggest ever defence contract will be made shortly.

...Industry Minister Christopher Pyne on Monday suggested the winner would be announced before the election, which could be held on July 2 [2016] if Mr Turnbull opts for a double-dissolution.

Mr Turnbull told reporters on Tuesday in Sydney..."Announcements about that will be made shortly," he said.

Opposition Leader Bill Shorten told reporters in Perth the government needed to fulfil its 2013 election promise to build 12 submarines in Australia. "Our test is straightforward for submarines - build them here, maintain them here, sustain them here," he said..." [see WHOLE AAP-9News ARTICLE]

1: the Japanese have got it and so Turnbull doesn't care when the announcement is made.

2: the Japanese haven't got it, will realize this if no announcement is made before the end of their visit and be really annoyed. :(

I cant fathom why the Govt would want to even talk about this now?? There is no political or diplomatic advantage in it, only potential downside. They could easily wait until whenever Budget week will be if they want to announce a "big Bang" before an election is called??

Perhaps Pyne has jumped the gun and Turnbull chose to hose down more internal disfunction by not contradicting him?? Omnishambolic clusterf--k comes to mind.

I do agree, although another scenario could be possible, which could have the Government announce the Australia's build option independently of the CEP winner-announcement. That would probably satisfy the voters in SA before elections and not butt the Japanese (at least not for now). On the other side, this might invalidate the CEP, as all three contenders had been asked to deliver three different build options. And if the requirements of the CEP are changed before a decision is being made, this could be seen as a non-compliance with the CEP, maybe even something that the External Advisory Panel with Prof Don Winter would need to examine closely.

In case Japan is not the winner, it will matter how that message is being translated to Tokyo. Be reminded that it was an Australian Government (PM Abbott) that dragged Japan out of her isolation and into a probably arms deal, the first one ever with another nation. If it had not been for Australia, Japan would not have come out by its own, and it was TA who put Japan onto the stage and into the spotlight. Or was it the US???

Thanks for your comments. I've responded in the next post.