How Could Taiwan Build A Submarine? Teardrop Solution.

After years of diplomatic inactivity the US has decided to license to Taiwan several major aspects of  conventional (diesel-electric) submarine. The very low amount (maybe only around US$100 million) Taiwan has budgeted to design its future submarines is just one indicator that Taiwan is not aiming to build a major new design. Taiwan's determination to build an existing teardrop design is highlighted in the display of Taiwan's teardrop model (see photo below) very similar to Taiwan's existing Hai Lung class submarines.

To minimize existing Chinese pressure against Taiwan designing and building submarines (considered by China potent strategic weapons) Taiwan may build an existing teardrop design. Designs for which Taiwan, the US, Japan and the Netherlands already have plans. Taiwan already has two teardrop design Dutch built Hai Lung class submarines commissioned in 1987-88. The Hai Lungs are based on the Dutch Zwaardvis class which in turn are based on the US Barbel class.

Japanese contractors might also assist Taiwan. This is noting Japan (inspired by the US Barbel class) developed and used the Uzushio class teardrop style submarines. See photo below of an Uzushio class on the surface.

The US's licensing decision (including new weapons, computers and sensors) can make an existing teardrop design a more formidable "modern" submarine.  Apparently "the [US] approvals cover a marketing license for a submarine combat management system, or CMS, along with a separate technical assistance agreement."

A CMS typically covers the many hardware and software aspects of the submarine's weapons systems, sonar systems and photonics masts. It also covers the computerised command coordination between these systems to direct the weapons onto targets. The US has already licensed modern and potent submarine launched Harpoon missiles and Mark 48 torpedos to Taiwan. Anechoich tiles could also be applied to a teardrop hull.

The US could assist with its corporate records, including designs which went in building the Barbel class. Records would exist at the Pentagon, the US Navy run Portsmouth Naval Shipyard, in Kittery, Maine and at what was Ingalls Shipbuilding, Pascagoula, Mississippi (now Huntington Ingalls Industries).

Contractors, once in the Netherland's RH Marine, might also assist. As in 2017 they were involved in overhauling Taiwan's Hai Lung class submarine electronics and integration of the submarine  platform and electromechanical systems. 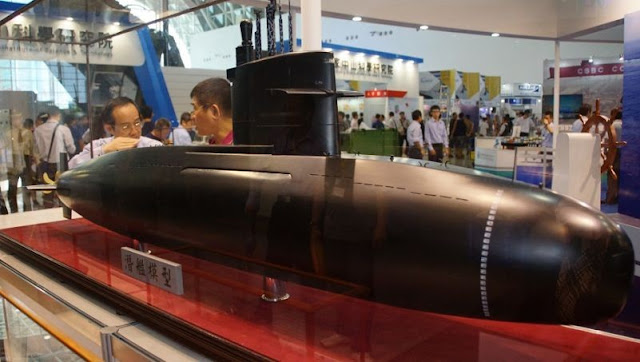 Reported May 4, 2018, TAIPEI (Taiwan News) – Taiwan’s plans to build a domestic submarine is likely to attract attention at the second edition of the Kaohsiung International Maritime and Defense Expo scheduled for September 27-30, 2018. 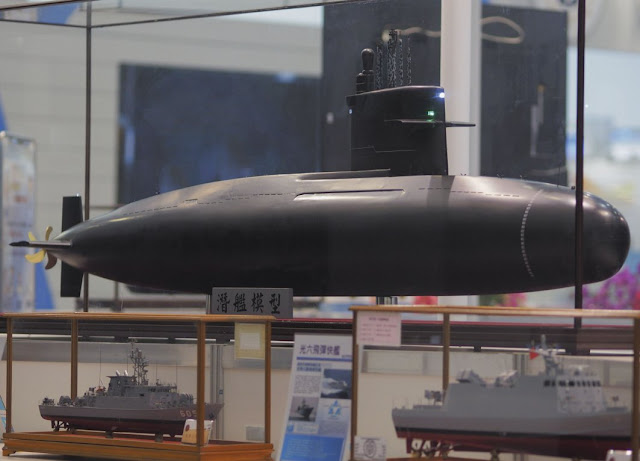 Note how similar the photo of the model is to this cut away of  Taiwan's Hai Lung class submarines, commissioned in 1987-88 (Diagram courtesy Dutch Submarines . com)
---

Even as fare back as 2016 Taiwan had advanced plans to develop its eight future submarines. Taiwan appears to be avoiding designing a totally new submarine on cost and Chinese pressure grounds. Instead Taiwan wants to utilize as many of the designs and components of its two existing Dutch built Hai Lung class submarines as possible.

From 15 to 18 September 2016, at Taiwan’s Kaohsiung International Maritime and Defence Exhibition, Taiwan was indicating it is getting more realistic about building 4 to 8 teardrop style submarines. Taiwan's Indigenous Defence Submarine Project is known as the "Qianlong Project".

Based on the Exhibition Media Release via MarketWired Taiwan’s China Shipbuilding Corporation (CSBC) created the Submarine Development [Design] Center of CSBC (SDCC)) in August 2016. The design contract, which is understood to be worth around US$95 million, is expected to be issued by the Taiwanese government before the end of 2016 and may run until 2019. 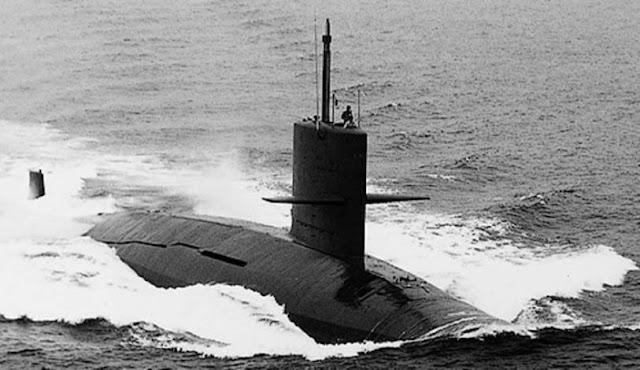 Japan's no longer used teardrop style Uzushio class submarine. While Uzushios no longer exist the original builders (Japan's MHI, KHI and Ministry of Defense) still have the design plans and could assist Taiwan to design and even construct a future teardrop submarine. (Photo courtesy seaforces(dot)org).
---


Taiwan may be better off with a larger force of minisubs.

"More recently in 2014 the HARD ROC 2.0 report by the US Strategic and Budget
Assessment Center recommended that Taiwan instead concentrate on building a large
fleet of some 42 midget submarines. This 350 ton design is most likely in response
to this."

I would rethink that SSK strategy and think expandable Lithium battery powered, torpedo armed underwater drones for a viable defensive guerrilla approach. A few drones could have an active sonar and acting as baits while the other hunters are silent. Without all the life support systems for human, the design job could be easier.
KQN

One of the key technologies which Taiwan needs in building new submarine seems to be diesel. If the major diesel s
upplyer permits licensing of the patents of diesel, Taiwan can immediately manufacture it since Taiwan already has its own good diesel manufacturers.

In the case of non-penetrating type periscope or new weapnon system, Taiwan needs to import them since Taiwan can not have production ability of them.

Japan does not seem to offer her submarine technologies such as pressure hull constructing. Main reasons are avoidance of confliction with China and claim of possession of Senkaku Islands by Taiwan.

One of the key technologies which Taiwan needs in building new submarine seems to be diesel. If the major diesel s
upplyer permits licensing of the patents of diesel, Taiwan can immediately manufacture it since Taiwan already has its own good diesel manufacturers.

In the case of non-penetrating type periscope or new weapnon system, Taiwan needs to import them since Taiwan can not have production ability of them.

Japan does not seem to offer her submarine technologies such as pressure hull constructing. Main reasons are avoidance of confliction with China and claim of possession of Senkaku Islands by Taiwan.

Pete
Peter Coates analyses techno-political aspects of submarines, China, Australia, eco-political intelligence, Trumpizm and poetry. More than 1,600 published articles since 2007. Have a Master of Arts (International Relations) High Distinction average. If you are looking at an old article, to reach the latest article, click on Submarine Matters, largest letters up top. The best way to navigate this site is to put a keyword in the search box, top left corner.