The following are some snippets on how deeply coronavirus hit Wuhan is involved in conventional submarine building and developing nuclear propulsion for submarine.

GlobalData, has reported, February 6, 2020, “Coronavirus is impacting China’s defense industry and shipbuilding”
“Companies affected in Wuhan include Wuchang Shipbuilding Industry Group [an affiliate of China Shipbuilding Industry Corporation (CSIC) see map below], which produces Submarines for the Chinese Navy and Naval University of Engineering, which produces a variety of underwater technologies for the Chinese Navy.

Davies concludes: “Whilst this delay will only have a minor impact in the short term, if the crisis continues and companies are forced to halt production for a longer period then this could have long term impact on China’s shipbuilding timelines.”

The GlobalData article was countered 18 days later by China/Hong Kong’s South China Morning Post “Laid low by coronavirus, Wuhan’s industrial heart is kept beating by its defence industries”, which reported, February 24, 2020:
“[Wuhan] will remain an economic power thanks to its defence industries and its reputation as the cradle of Chinese naval shipbuilding.

Some of the many things China Shipbuilding Trading (Wuhan) Co, Ltd.(CSTCWH) builds through its affiliate Wuchang Shipbuilding are:

Submarine Exports To Thailand and Pakistan

Wuchang Shipbuilding, Wuhan, also happens to be building the Yuan derivatives for export to Thailand and Pakistan.

“Admiral...Abbasi, Chief of the Naval Staff ...Pakistan, visited...Wuchang Shipbuilding (Group) Co. Ltd., ... [He] visited the Type 054AE/P frigate and the S-20 conventionally-powered submarine being built for the Pakistan Navy...[He] also attended a naming ceremony [at] the Shuangliu base in Wuhan, [naming] the S-20 class submarine built for Pakistan “Hangor”, as the first one of Hangor Class." 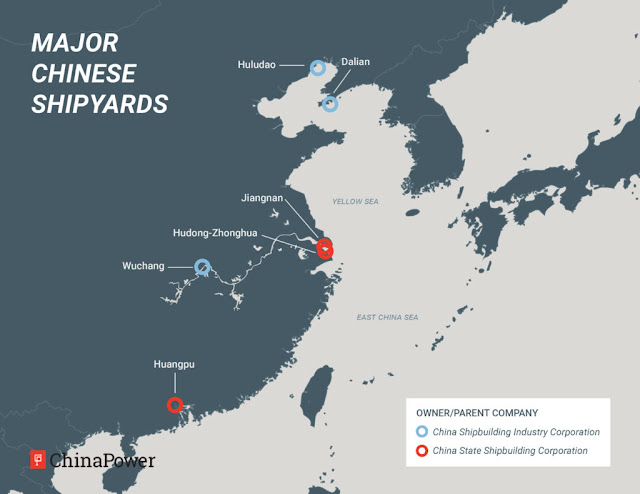