Visits by US nuclear submarines to Australia's main submarine base, HMAS Stirling, Fleet Base West, Garden Island, Rockingham, Western Australia, are beneficial to Australia. Here are some that have visited over the years: 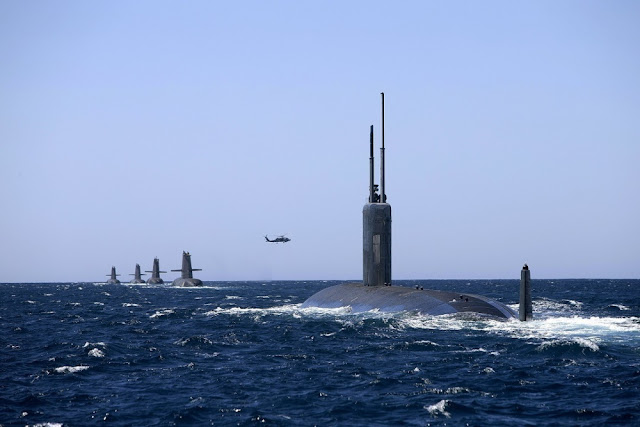 “Santa Fe’s port visit followed the completion of a joint training exercise with four Royal Australian Navy Collins-class submarines, HMAS Collins, HMAS Farncomb, HMAS Dechaineux and HMAS Sheean, in waters around Australia. The exercise, which was designed to enhance anti-submarine warfare abilities, gave the crews of both navies the opportunity to employ and experiment with real world tactics. Pulling into port, however, gave the crews the opportunity to meet each other face-to-face and forge greater ties.”

HMAS Stirling is an Australian naval base, known as Fleet Base West, at which all 6 of Australia’s Collins class submarines are home based. HMAS Stirling is situated at Rockingham, near Fremantle, near Perth, Western Australia. USS Santa Fe (SSN 763) is home ported at Pearl Harbour.

It is heartening that 4 of the 6 Collins class submarines were available for the exercise with USS Santa Fe. 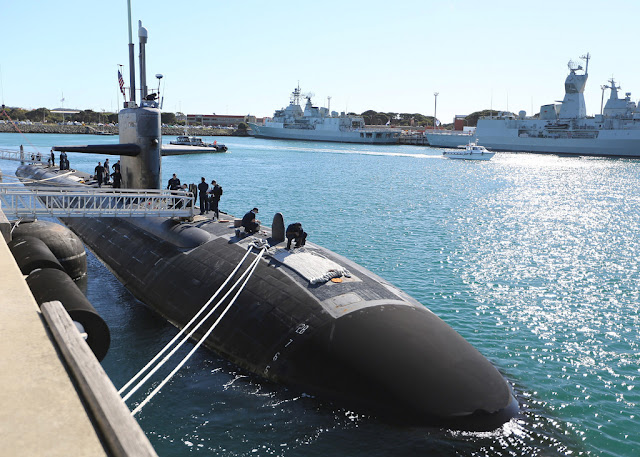 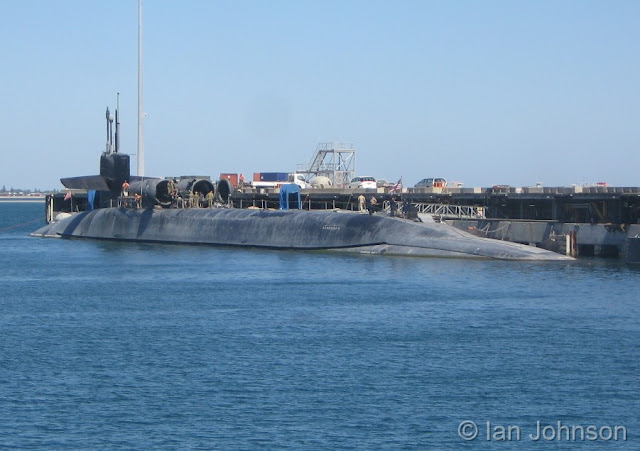 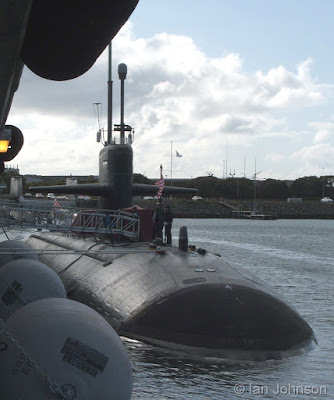 USS Houston is the 26th submarine in the Los Angeles class of SSNs. In December 2004, Houston changed homeport from San Diego, Calif., to Apra Harbor, Guam. In January 2012, her homeport again changed from Guam to Pearl Harbor. 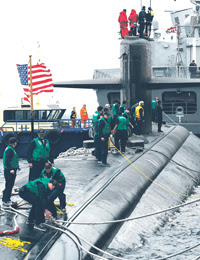 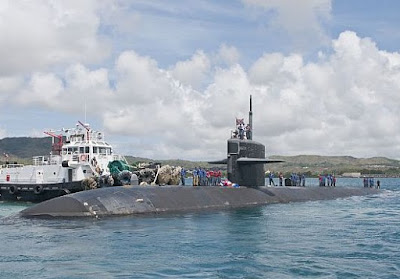 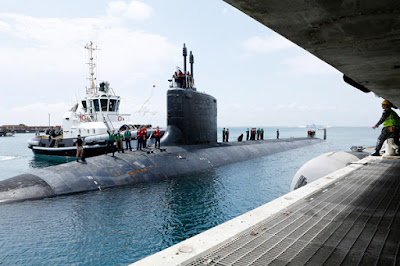 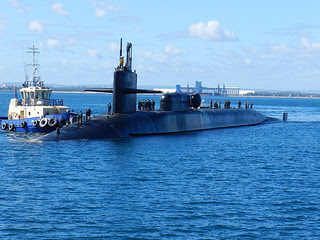 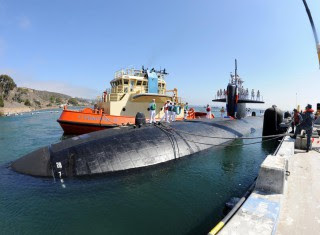 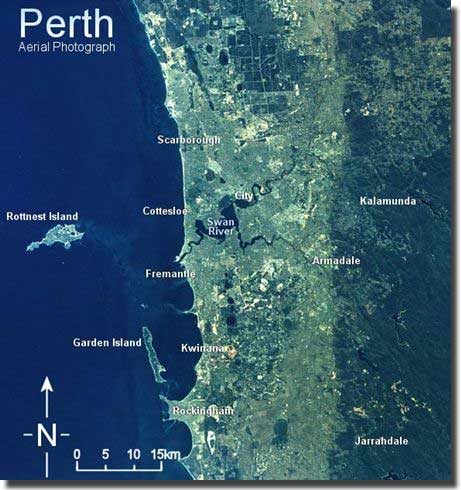 The visiting US nuclear subs dock at HMAS Stirling which is Fleet Base West located towards bottom center of the map at Garden Island, Rockingham, Western Australia.

G'Day
I'm glad you like my photos, Both were taken at HMAS Stirling, also known as Fleet Base West, which is located in Rockingham, not Fremantle, Western Australia.
Rockingham is 40 kilometres south of Fremantle.
Fremantle's Inner Harbour is a nuclear free zone, but not the Gage Roads Anchorage or HMAS Stirling, which saw its first USN nuclear powered submarine in 1976.

Thanks for your comments and corrections. I've changed the text accordingly.

Thanks also for taking those great shots of USS Houton and USS Ohio.

Pete
Pete, "Submarine Sherlock"; also deals with mil-tech intel on other systems, US alliance, Quad; foreign relations nuances, counter-intel dynamics. Close to military (all arms) for 40 years. More than 1,700 published articles since 2007. Have a Master of Arts (International Relations) High Distinction average. If you are looking at an old article, to reach the latest article, click on Submarine Matters, largest letters up top. The best way to navigate this site is to put a keyword in the search box, top left corner.