Poor Putin is nonplussed that his bold plan to invade Ukraine (in 3? days) thus  demoralizing and disuniting NATO has failed.

Sweden and Finland joining NATO was based on those 2 countries harbouring Kurds that Turkey considers terrorists.

When Sweden joins NATO this will end 200 years of non-alignment.

When Finland joins NATO this will reject Soviet/Russian/Putin hardline-esque pressure for 77 years (since WWII) that has kept Finland "Finlandized" ie. forcibly neutral.

-  Sweden's well established submarine corps will be a significant formal asset for NATO. Informally those subs have helped NATO for years. Sweden's Gotland-class subs should last until about 2030? Sweden's 2 Sodermanland-class subs are due to be replaced by 2 x A26 Blekinge-class in 2027-28. Two (and maybe 3?) additional Blekinges are planned to replace the Gotlands around 2030.

Strategic Gotland island itself (in the Baltic) is believed to be at risk from the Russians.

-  For Finland I don't know whether its long and severe Winter months ice-in its navy? See the Soviet-Finnish 1939-40 Winter War. Might this marginalize any Finnish submarine corps option? 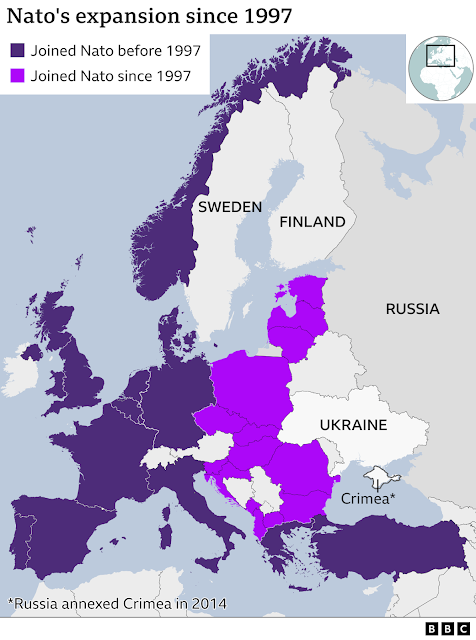 European countries that joined NATO before and after 1997. (Map courtesy BBC June 29, 2022.)
---
As well as Sweden and Finland, as of June 2022, 3 additional states have formally informed NATO of their membership aspirations, they are: Bosnia and Herzegovina, Georgia, and Ukraine.[1] Joining the alliance is a debate topic in several other European countries outside the alliance, including Ireland, Moldova, and Serbia.
No comments: Posted by Pete 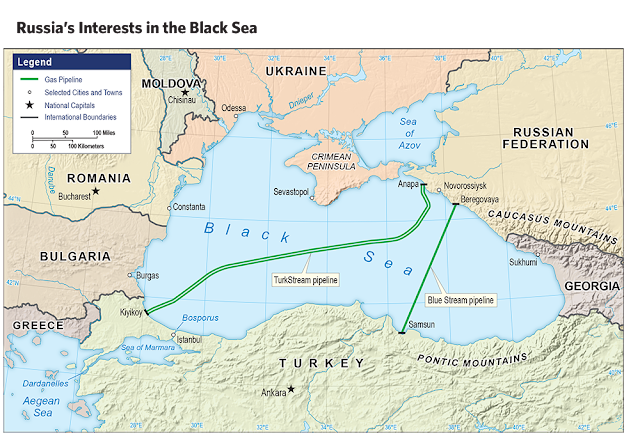 Turkey, Ukraine and some other Black Sea neighbours have been more than disturbed by aggressive Russian naval activities in 2022, This presents a renewed market niche for relatively inexpensive 500 tonne defensive submarines that can ply the Black and other seas.
---

Turkey's submarine industry has licence built TKMS 209s and 214s. So its no surprise that Turkey’s "first national submarine" the STM 500, appears to combine the small size of  Germany's TKMS defensive Type 205 and the shape of the TKMS Type 210 "Ula-class".

Why is Turkey building the STM 500?

The Black Sea strategic need is most likely. The STM 500 has just started to be built with completion expected in 2026. Although the STM 500's customer is yet to be identified Turkey's region has an increasing need for small submarines providing an affordable deterrent against Russian naval forces. In green/brown water operations a 500 tonne sub's  limited range and endurance is acceptable. Theatres of war may include the:

-  Black Sea (with rising Russian aggression against Ukraine) and also 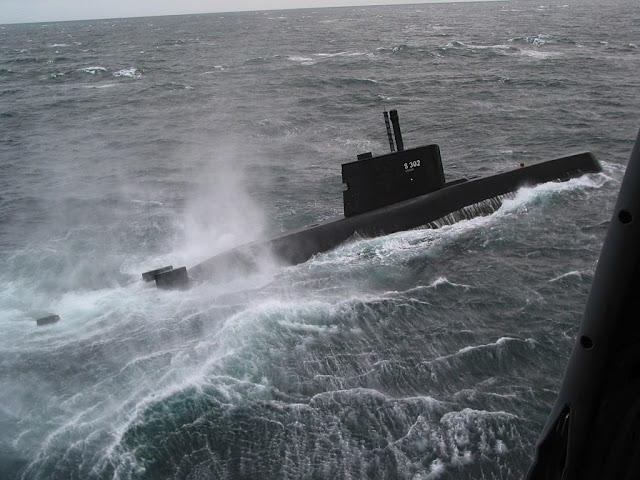 Above is a TKMS Type 210 Ula-class sub with a shape that may have inspired the STM 500 concept design below (Artwork courtesy Turkish government via Overt Defense). 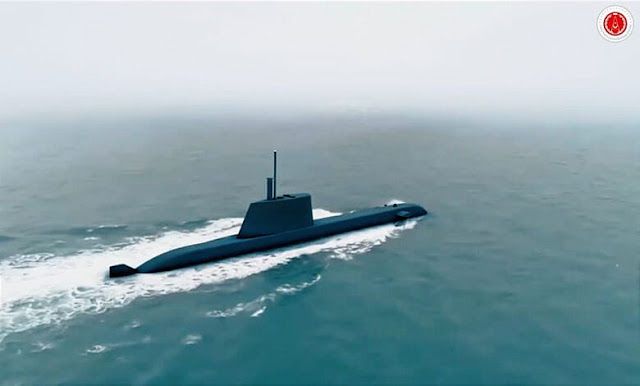 "...NEW DELHI -- India is making overtures to Israel, the U.S. and Europe in an effort to reduce its dependence on Russian arms, as the war in Ukraine highlights the risk of relying too heavily a single partner.

The war has pushed Russia closer to China, which India considers its biggest threat as the countries remain embroiled in a border dispute. New Delhi is now exploring ways to possibly reduce its Russia-dependence.

During Modi's tour of Europe last month, he and French President Emmanuel Macron agreed on more French involvement in India's campaign for greater self-reliance, including on "advanced defense technology."

Modi also met with U.S. President Joe Biden following the May summit of the Quadrilateral Security Dialogue, or Quad, which includes Japan and Australia. The leaders discussed a low-cost weapons package from the U.S. to India. Modi urged cooperation from U.S. defense companies on production in India.

"The most important lesson that India is learning from the Ukraine crisis is that overdependence on any one country is bad," said Harsh Pant, vice president of studies and foreign policy at the Observer Research Foundation in New Delhi.

"The defense cooperation with Israel and other countries will help India in reducing its dependence on Russia," Pant added...."

I have just sent you the June 2022 Report

Here is a superb article https://warontherocks.com/2022/06/feedback-loops-and-fundamental-flaws-in-autonomous-warships/ 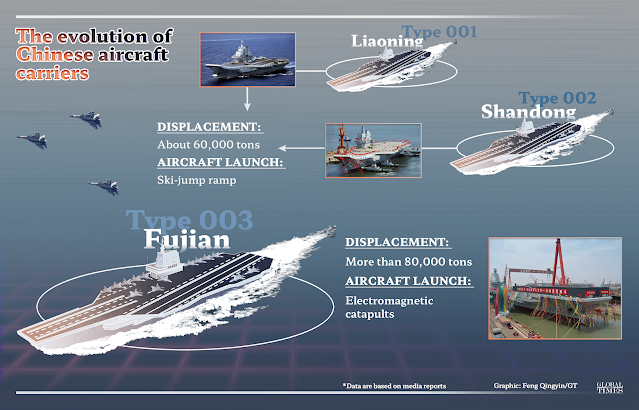 China is launching ever more capable aircraft carriers at a pace every 6 years.

This is usually only seen prior to and during major wars. Types and years include:

What’s more Fujian is to use the advanced Electromagnetic Aircraft Launch System (EMALS) catapult and recovery system. EMALS, first used on USS Ford, initially caused trouble on USS Ford. China may have parallel developed EMALS for Fujian in combination with intelligence collection from the US EMALS program.

Early estimates were that Fujian’s maximum displacement was around 80,000 tonnes. But later estimates are up to 100,000 tonnes like USS Ford.

Fujian's large flight deck and catapult system permit a wider choice of carrier aircraft than the 001's and 002's “ski-jumps” which "roll off" Flanker style J-15s.

The KJ-600 airframe may also serve as a basis for:

In the future Type 003 carriers could launch:

-  large stealth aircraft J-20.  Wiki reports: "The J-20 would likely be commissioned upon the Type 003 aircraft carrier under construction, however, the length of the J-20 means that [the J-20] has to be shortened to be considered operable on an aircraft carrier.[137]"

Potential tasks of Chinese Type 003 carriers are many, including:

-  Chinese SSBN bastion extension out from the first island chain. That chain has been an obstacle to these SSBN's safe freedom of movement into the broader Pacific Ocean.

-  operating east of Taiwan - working with surface escorts and submarines to blockade Taiwan and perhaps useful for Taiwan's eventual invasion.

-  power projection with escort surface ships and SSNs in the South China Sea and broader  Indo-Pacific, and

-  showing the flag boosting the "Prestige of Xi Jinping and China" in the Indo-Pacific (especially island nations from the Solomons to Sri Lanka). Then there could be longer voyages into the Atlantic visiting Latin American (eg. Cuba, Venezuela), European and Russian ports.

Following Teddy Roosevelt's Great White Fleet (that did a world wide tour in 1907-1909) we now have Xi's Great Red Fleet centered around carriers (which also may do a similar tour).

Check out the stirring video here and below from the good Volk at Global Times about how China was inspired by the USN. Besides the US China is the only other nation with true Super Carriers.

indicating the US Congress is laying early legislative groundwork for an Australian SSN capability.

Meanwhile the UK is silent on any plans to magically dream up 2 Astutes, with no longer built PWR2s, for the RAN.

Snippets from Justin Katz’ article include:

“WASHINGTON: As initial trilateral discussions continue between the AUKUS signatories, [US Congress House of Representatives] lawmakers have moved to establish a “joint training pipeline” for submarine officers between the US and Royal Australian navies.

The legislation, dubbed the Australia-U.S. Submarine Officer Pipeline Act, was introduced last week by Rep. Joe Courtney, D-Conn., and included as an amendment to this year’s defense policy bill, which was favorably voted out of the House Armed Services Committee early this morning.

“The AUKUS alliance is the most important security partnership that America has entered into in decades, and at its core is the creation of an Australian fleet of nuclear-powered submarines — the same world-beating technology operated by our own US Navy, vital to keeping up with today’s challenges in the vast expanse of the Indo-Pacific,” Courtney said of the bill after the committee concluded its marathon mark up of the Fiscal Year 2023 National Defense Authorization Act.

…Courtney’s submariner legislation would allow for two Royal Australian Navy submariners being selected to come to the US each year for training at the US Navy’s sub school, enroll in the Submarine Officer Basic Course and be assigned to duty on an operational US sub at sea.

… When officials from Washington, London and Sydney announced the agreement in September 2021, they said the first step would be an 18-month consultation and planning period..."

If this June 2022 training legislation gets through in a timely and untroubled manner this will be another early test whether the AUKUS SSN Program can gain momentum in US-Australian relations.

If the legislation has not cleared the House and Senate before the possible complication of the US November 8, 2022, "Midterm" Elections then prospects may not be so rosy.