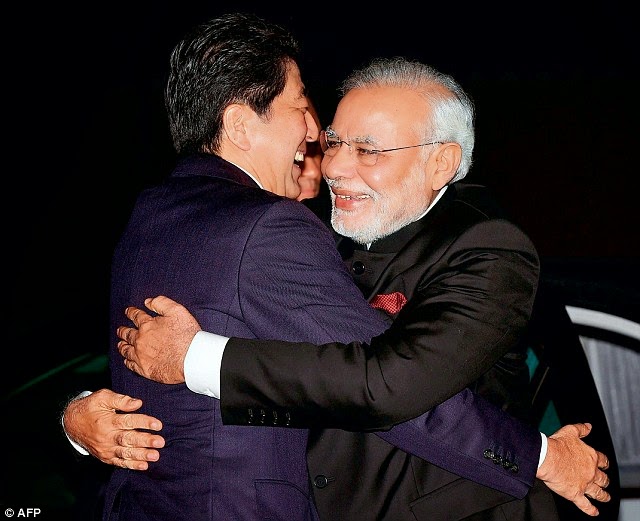 See reference on Submarine Matters to:
-  the slow pace of the Project-75I selection way back to 2008 and 2011
-  then an article of August 2014 (which also mentions the already building 6 Scorpene "Project-75" no "I")
-  see also the 2014 reference to the DRDO fuel cell which has complicated Project-75

1. India's "build in India" intention may clash with Japan's (to date) insistence that any Soryus it markets should be built in Japan.

There may be a solution that may allay many of Japan's concerns. If Japan is interested it can contact me by email - see email on my profile...

2.  Japan would be mindful of India's closeness to Japan's strategic opponent, Russia. Japan is very sensitive to the security of its submarine technology secrets. Therefore Japan would not want the secrets of any Soryu that is sold to India to be passed on to one of Japan's opponents. India has been close to Russia on a defence sales, weapons' development and on secondment of personnel, levels for decades. India and Russia are particularly close on submarine high technology matters - including INS Chakra, the Akula II SSN that Russia has long leased to India.

3.  India may perhaps have a problematic reputation as a weapons system buyer from Western firms. France is unfortunate enough to be involved in both the major examples.

a. The first example is in-building Project-75 (no I) where France (DCNS) has been assisting India to build 6 Scorpenes for the last decade (see Project 75 and third paragraph of this Indian article ). India has expressed displeasure with alleged French caused delays. Over the years India has increasingly wanted AIP in those Scorpenes - India sees AIP as important - in part to surpass the three AIP equipped DCNS Agosta 90Bs submarines operated by Pakistan. But India may not wish to pay the higher price adjustment that DCNS would want to charge (AIP being an expensive upgrade). India has countered with a project by DRDO to develop a fuel cell AIP. India may also be using the usual strategy of great powers (sellers and buyers) - which is delay for political and commercial leverage.

b. Secondly, under the Medium Multi-Role Combat Aircraft (MMRCA) competition - on 31 January 2012 it was announced that Dassault Rafale won that competition. The MMRCA competition may be worth around US$30 Billion. However on 10 January 2015, India hinted it would not sign the Rafale deal with Dassault but instead perhaps buy more Su-30MKIs or Su-35s from Russia. India may also be attempting to leverage a better result from Russia on the joint India-Russia PAK- FA stealth fighter-bomber project - also known as the T-50.

4.  If India insists on AIP this may cause problems for Japan. In Japan's first 5 Soryus Japan included Stirling engine AIP from Sweden. It is unlikely that Japan would receive Swedish permission to sell Soryus with Stirling AIP to India. Sweden, after all, would prefer to sell its own Saab-Kockums  submarines, with Stirling technology, to India. If Japan accepted an offer from India-DRDO to build an indigenous fuel cell AIP (see above) this may be a problem or opportunity because Japan may be in a strong technological position to jointly or unilaterally develop an AIP.

If there is a prospect of "build Soryus in India" - even whether or not it happens - this may have implications for any Japanese Soryu sale to Australia. Perhaps "build Soryus in part or whole in Australia" might be more possible?

If India is serious about buying 6 very large conventional submarines - built in India - with AIP - then Germany's HDW 216 and France's SMX Ocean may both be stronger contenders than Japan's (build in Japan - maybe no AIP) Soryu. This may increase the production runs and drive down development costs for the 216 and/or SMX making them more attractive to Australia. Canada has also been grouped with India and Australia as a country with a relatively large budget in need of large, long range, replacement submarines.

Pete
Peter Coates analyses techno-political aspects of submarines, China, Australia, eco-political intelligence, Trumpizm and poetry. More than 1,500 published articles since 2007. Have a Master of Arts (International Relations) High Distinction average. If you are looking at an old article, to reach the latest article, click on Submarine Matters, largest letters up top. The best way to navigate this site is to put a keyword in the search box, top left corner.